Earlier this year I was searching for a new mouse to replace my old Logitech mouse. I saw the Genius wireless energy mouse in a store and after debating with myself if I should consider it over another Logitech mouse, I decided to purchase it mainly because of its cheaper price tag. The Genius wireless energy mouse offers a lot of features that a regular Logitech mouse does not, however, from my experience of using it, I was absolutely disappointed with its turnout. One of the key reasons why I chose it over a common Logitech mouse regularly sold in my area is the cord. Sure, people look at a wireless mouse and decide to purchase it off the bat because there are no cords to tangle up, but if you want to save a little money like myself, you should consider wired over wireless to eliminate the waste of money from buying batteries every now and again.

The Genius wireless energy mouse does indeed have a cord, however, you will eventually discover that it can only be used to charge the device. Do not let the cord fool you and make you assume you have the option of using the mouse wirelessly or with its USB cord. Either way, that should not make you feel discouraged from purchasing it.

Before I begin, I should point out that my computer runs on Windows 7.

After some days of using the mouse, I noticed when starting up my computer, the wireless receiver did not take notice of my computer and refused to work until I disconnected and reconnected it. It was annoying to do every one out of two-three days. Sometimes it worked and sometimes I had to go through with the procedure mentioned before on how to temporarily resolve the problem. At times when the computer was given sufficient time to start up, no problems occurred, however, if the mouse was used before everything finished loading (eg. Steam), it would refuse to operate.

Trying to resolve the issue via Device Manager was not successful and the mouse was fully charged. Its light even came on when the button on it was pressed. Other USB devices connected to the computer normally and the problem was encountered on multiple computers, therefore the computer’s USB ports were not at fault.

The death of the mouse

It took a while but even after not living too long, the mouse’s USB wireless receiver finally decided to give in, making the mouse 100% not operational. The LED lights originally intended to display its battery life still worked fine, however, the mouse would not work do perform its primary task.

There is no guarantee that you might experience the same issue as me since the wireless receiver that came with my product could have been defective, but now that you have read my story, it is your decision on whether you wish to try out the mouse yourself. 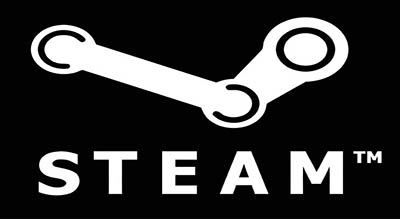